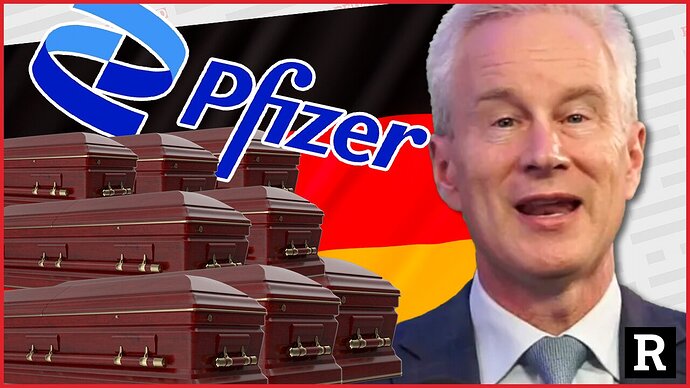 "A new study out of Germany studies people who died unexpectedly after the Covid vaccine. The study shows that these people did not have co-morbidities and suffered from heart inflammation from the fi

Out of curiosity, in what way was it “BLOCKED by western media”?

in what way was it “BLOCKED by western media”?

Take a quick Internet search. Do you see this on any MSM site? I don’t.

I don’t see any foreign country studies making headlines in the MSM.

Personally, and this is just my perspective, I wouldn’t say something was BLOCKED by western media just because it isn’t being pushed by them.

A cursory glance indicates that the study shows getting covid is more dangerous than the vaccine so maybe the media will pick it up?

4 of 5 got vaxxed, so this skews the percentage, but ffs, politics and insider trading overiding conscientous medical professionals turned this into a crap shoot. When liability for side effects got rescinded…well, my days of being a guinea pig are long gone.
Western media…meant to be ignored.

The sample size is 5? 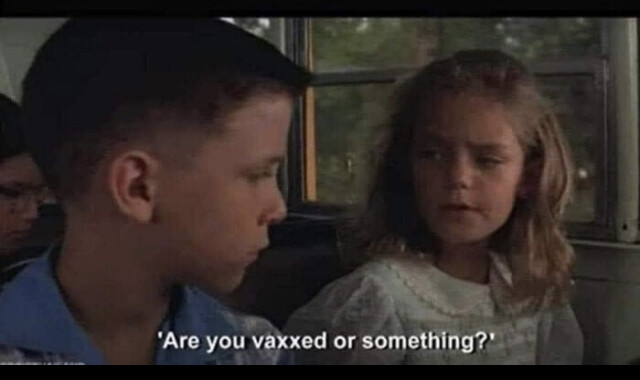 no, 4 of 5 americans are vaxxed…so 80% of the population vaxxed, with 56% (think I remember that correctly) of covid deaths are folks that got vaxxed…edit, 58% of deaths were the vaccinated.
How many folks have polio? Measles?

Ah, I see. Those numbers indicate good vax to me, if it was perfectly proportional with 80% vaxxed then 80% of deaths would be vaxxed

To be clear I 1,000% disagree with a government mandate here as I pretty generally take the no government control angle in virtually everything. If I got to make the decisions (which I don’t lol)

When I read of the complications from the vax, and tally up the covid deaths of the vaxxed…nah, not for me.

Which is as it should be. You decide

Yup. Just went for a walk, and remembered to get the wife some white pine needles. Janice makes a tea which she says breaks down spike proteins…and it tastes good.
I just do my sunshine, exercise and daily dose of selenium, D3, and the other basic nutrients a body likes. So far, no covid, unlike my vaxxed and boostered friends and neighbors. One friend got it 3 times, losing his toenails and looking like crap. Hung out with him one day while he was quarantined…guess I should go buy a lottery ticket

Maybe people should read the study first before declaring it a bombshell. Here are the bombshell results from the study:

“Main characteristics of the five cases are presented in Table 2, while further autopsy findings are shown in Supplementary Table 2. Three of the deceased persons were women, two men. Median age at death was 58 years (range 46–75 years). Four persons died after the first vaccine jab, the remaining case after the second dose. All persons died within the first week following vaccination (mean 2.5 days, median 2 days).”

5 cases of deaths of people between 46-75. Boy Howdy that’s a bombshell that proves beyond a shadow of a doubt that mRNA vaccines are death sentences.

But in all fairness, what vaccine has ever resulted in zero deaths, especially in trial stages? Or even after it has come out of trials and approved for public administration? It’s always a best guess in the genesis. And subsequent observations, present and future.

Every lab originated drug, vitamin, vaccine, etc., has risks and side effects. Some of the medicines that you and I take right now come with blacklist warnings. Though they are categorized, they are warnings, nonetheless. But we ingest them with regular routine without a thought. That heart medicine you take, or that diabetes medication you take, that arthritis medicine you take, that biologic that you take; somebody died for that; so that, that medicine might be effectuated to help you, today! The only thing that would move me about “a” study is if there was some sort of “cover-up.” Now, that would spark my curiosity.

5 cases of deaths of people between 46-75. Boy Howdy that’s a bombshell that proves beyond a shadow of a doubt that mRNA vaccines are death sentences.

That is only that study. If you actually research it, the numbers are staggering, and those are only the ones that have been reported. Look at all the claimed COVID-19 deaths. Many actually were not. Hospitals were not doing autopsies, and they were being paid to report deaths as COVID-19. Look at the expected number of deaths to the actual number of deaths for each year. The CDC reports that, too - that should begin to open your eyes.

So this study didn’t give us anything…would you mind linking the studies that did? I’ve been ignoring this stuff for awhile but wouldn’t mind doing some study-reading tonight

If I’m reading this right, the study was based on 25 total autopsies, so if correct, we’re seeing 20 percent myocardial whatevers.

There were no statistics developed or presented (e.g., ANOVA to determine whether the 5 deaths were statistically significant), as would be expected from a legitimate study. In my opinion, this “study” is just clickbait. No wonder the media ignored it.

died after the first vaccine jab

For all the technical language in the article, using the word “jab” really ruins credibility in my opinion.

That said, I’m to the point I’m ready to refuse blood transfusions if I had to decide, that’s how against it I am. I know a couple of pure bloods I trust with correct blood types to be a donor for me, but that doesn’t help if I’m working out of town.