Birthplace of the Republican party

BLM is marching in Ripon Sunday. I have no doubt that those pesky Antifa pricks will show as well... We need to make sure no harm comes to this historic building.

I just copied the link above but I think my wife and I will take a Bike ride today to visit friends in her home town of Ripon.

To be honest I have heard many varieties of what is planned there for today from a peaceful vigil to honor the fallen to defacing the structure.

The land owners of this historic site have closed it in fear for the safety of the people who work there.

Just musing here, no racial intent intended. But I am curious just how many people remember that Lincoln was a Republican?

I have been checking Wisconsin news sites and I can’t find a thing about this except the Facebook post.

I’m skeptical that it’s for real.

Ill let you know in a bit. We will be in the area in the next hour

So far everything has been peaceful. Lots of LEO and lots of bikers but no problems

Lincoln was a Republican

The Republican Lincoln was and the term Republican today aren’t even distant cousins.

I have heard this before. Can you elaborate on it?

Here is an update on how the day went.

Wife and I rode the bike to Ripon (about 100 miles). It looked like more of a rally then a protest. There were a couple of speakers (we did not get close enough hear). Total attendance to the “Protest” was maybe 100 people and I overheard someone saying well over half of those were not from the area.

There were LEOs posted around the city with State, County and Local officers around the Little White School house. There was a fund raiser for the Ripon Police department in the parking lot next door to the Landmark put on mainly by Bikers.

One of the state representatives for that area (sorry I dont know who he was but he was pointed out to me) stopped at the fund raiser and bought his lunch there. Great interactions between the different bike clubs and LEOs. as they thanked each other for being there.

There were no confrontations I am aware of, one lone sign carrying individual asked one of the local LEOs what we were selling and the officer advised him he should go to a different venue (which he did).

That’s about it I am happy to say.

A show of unity and force goes a long way. Not division, caving in and pandering.

Can you elaborate on it?

I never claimed it was. I just find it interesting the way the parties have morphed over the years.

As the civil rights movement gained momentum in the 1950s and ’60s, the federal government passed a number of civil rights bills, four of which were named the Civil Rights Act.

Of the four acts passed between 1957 and 1968, Republicans in both chambers of Congress voted in favor at a higher rate than Democrats in all but one case. Republicans often had fewer total votes in support than Democrats due to the substantial majorities Democrats held in both the House and Senate.

During this period, the South was a Democratic stronghold that consistently resisted the civil rights movement.

In 1956, many Southern members of Congress signed the “Southern Manifesto,” voicing their opposition to the ruling in the 1954 Supreme Court case Brown v. Board of Education, which declared that segregated public schools were unconstitutional. Democrats were geographically divided on matters of civil rights, while Republicans largely represented non-Southern states and were more unified.

The most commonly cited of the Civil Rights Acts is the one passed in 1964. Shapiro told The Daily Caller News Foundation that he was referring to the 1964 act.

Originally proposed in 1963 by former President John F. Kennedy, a Democrat, the bill ended segregation in public places and made employment discrimination illegal.

These percentages include four vote categories—“yea,” “nay,” “present,” and “not voting.”

In the Senate, the bill faced strong and organized opposition from Southern Democrats. Influential senators like Richard Russell, Strom Thurmond (who would soon switch to the Republican Party), Robert Byrd, William Fulbright, and Sam Ervin joined together to launch a filibuster that lasted for 57 days.

Fact Check: ‘More Republicans Voted for the Civil Rights Act as a Percentage...

Throughout the 1950s and ’60s, Republicans were generally more unified than Democrats in support of civil rights legislation.

And Uncle Joe, who I am sure has never been a republican.

Joe Biden, weighing a 2020 White House bid, once advocated continued school segregation in the United States, arguing that it benefited minorities and that integration would prevent black people from embracing “their own identity.” 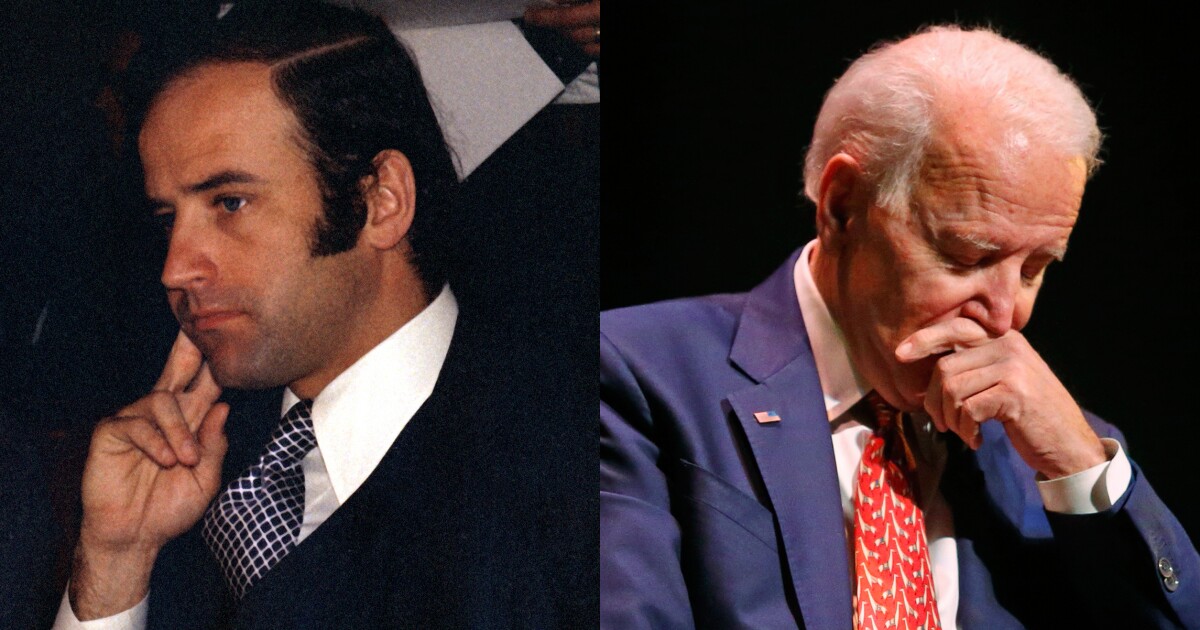 Joe Biden embraced segregation in 1975, claiming it was a matter of 'black...

Joe Biden, weighing a 2020 White House bid, once advocated continued school segregation in the United States, arguing that it benefited minorities and that integration would prevent black people from embracing “their own identity.”

But I am curious just how many people remember that Lincoln was a Republican?

Not only that, but democrats were ones who voted against the 13th Amendment.