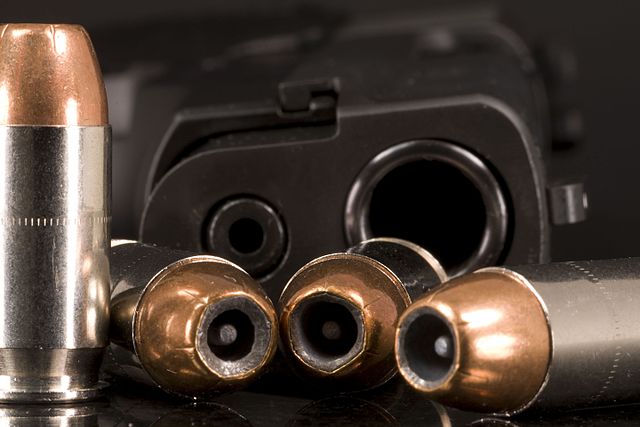 ◀Previous Post Next Post▶ By Rob Morse Don’t confuse the news with the truth. The corporate news media is in the business of delivering eyes and ears to their advertisers. That’s how they earn their money. The assignment editors, reporters and the...

That is why there is such a wide variation in DGU between 65,000 and 2.5 million per year. It’s also why gun controllers pressured the CDC into taking down Defensive Gun Use statistics. It doesn’t help the narrative that ALL guns are bad.

“I [WE] study armed defense. Ordinary citizens like us defend ourselves, our families, and innocent strangers every day. You wouldn’t know that from watching the news. This is why the corporate media does such a bad job of reporting.”

My attention was definitely arrested by this editorial. This apprehension moved me to adopt but change the quote just a little bit to include 'WE." Because this is “what we do.” It’s never going to make the national news or be included in whatever vital statistics on the matter, and neither should it. it shouldn’t have to be that we train, practice, and posture to defend ourselves and the lives of those we love, but it is, the way it is, and it’s only called survival or the preservation of life, which doesn’t need headlines and traffic lights. Why not? Because self-preservation is (not STILL but IS) “the first law of nature.” We should cease over thinking it; just leave it alone.

“… the use of force comes in shades of grey. It’s a continuum. It starts with turning toward your attacker, yelling “STOP,” backing away, grabbing your gun, presenting your firearm and pointing it at the attacker. It ends, if need be, with pressing the trigger. Each of those are separate steps on the ladder of defense. We don’t want to climb that ladder any higher than we absolutely have to.”

I cannot agree more. I call it, “CounterStep.”

“The great news — and another story that’s disgracefully underreported — is that gun owners in the US are exceptionally reluctant to take a life. We stay within the law, and the law only allows us to use lethal force in very specific instances.”

Sometimes, upon our forums and community boards, a different impression can be given or perceived by the fervor of our posts. And in general, the public can be led to believe we’re just a bunch of gun-loving zealots. Nothing can farther from the truth. We as responsible gun owners are mindful of what we “post,” and very aware of what we “like;” if not, we should be. Just because we have a “right” to do a thing doesn’t mean that a thing “should” be done. We understand that “Up to and until we do a thing, we don’t have to,” which keeps the responsibility squarely where it belongs. But when we do, we do so righteously, and are prepared for the aftermath. There’s nothing cool about it.

One thing that we all should keep in mind (especially “new shooters”) is that,

" A gun fight is when bullets fly both ways. That’s a situation we want to avoid at all costs."

This is a good post. Thanks @leo23. There is so much more to be gleaned from this article, I’m sure others will also have fun picking it apart (again and again) as we all can share and agree on its value.

While YES, Armed Self-Defense is EXTREMELY underreported; if we’re looking for vindication or acceptance or even identity in a positive light from anti-gun establishments; settle in (sports fans), because we’re subject to be struck by lightning before that happens.