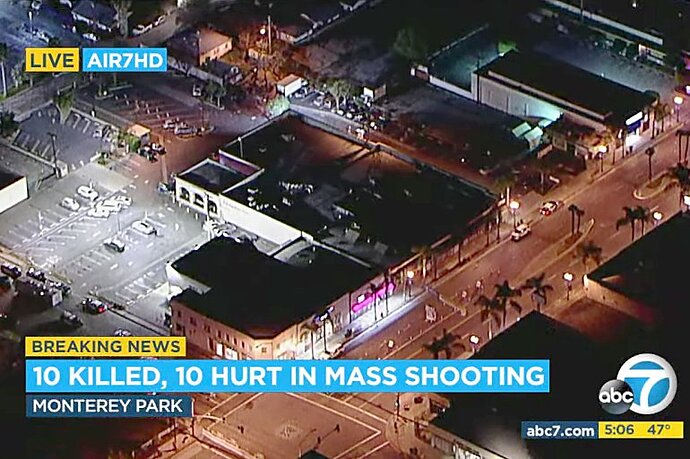 ◀Previous Post Next Post▶ Yesterday, a man killed ten and wounded many more at a ballroom dance club where patrons celebrated the Lunar New Year. Thanks to California’s strict gun control schemes, no good guys had the means to fight back. Hours...

Another Shooting that is in California Guns & Gear

…and for introducing frivolous legislation to exact the same. And for waste, fraud, and abuse of taxpayer dollars.

Way too soon to say other than speculation on what preliminary reports are saying, so I’m speculating that this was likely a domestic situation that spilled over into a public setting.

The church shooting in Sutherland Springs, TX where 26 died and 22 were wounded was domestic in nature: Investigators said the shooting was not motivated by racism or prejudice against religion on the first day of the investigation, but by a dispute with [the shooter’s] mother-in-law.

Although there is no clear definition of what is meant by the phrase “assault weapon,” if he was using one of those AR or AK pistols - the kind some like to add an arm brace to - I can see how the term might be used by law enforcement or the media.

Still, we don’t know. And the story is likely to drop off the MSM’s radar before we know more since the dude apparently wasn’t a white supremacist.

Apparently the gun was a MAC-10, a pistol caliber semi-auto that resembles the ubiquitous Uzi.