Wow! I’m so happy! My local gun store had 9mm hollow points! . The clerk whispered to me, “I only have 1 box, 20 ct. Shhh!” Slid the ammo across the counter hidden beneath her hand, very discretely. Man, felt like a drug deal. “No, I’m not addicted to more ammo, YOU’RE addicted to more ammo!” Needless to say, SNAG! I now have enough hollow points to fill all my magazines! WhooHoo!
There was a sign on the door listing what they were out of. No rifle ammo at all, no .45 ACP, .40, .380, .38, .25 ACP and many more. I did notice several boxes of FMJ but I think I got the last HP they had.
People worry about a TP shortage, what about the ammo shortage? Sheesh! Hope it relaxes next year. They did tell me the real issue is no primers. Seems they’re mostly imported from Russia, the Philippines, and the Czech Republic, even though there are 4 manufacturers here in the States. Allegedly there are several million on a ship on the way, let’s hope that’s accurate.

Sorry you couldn’t find any ammo, my wife sent me out in February, and warned, come back with it or on it. I love my wife, obviously. Love your wife, buy ammo! 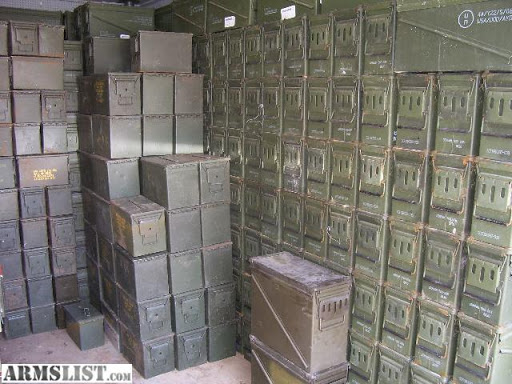 If you really need some ammo I’m selling individual 9mm rounds at $19.99 a round! I’ll just need your credit card and security code on the back, free shipping with orders over 1000 rounds!
After the election prices will double!
Anti 2A voters, proof of citizenship, last four digits of your SS#, mothers maiden name, pets favorite movie, drivers license number, FaceBook account information and any other information you can provide that shows you need or have the right to bear arms! All rounds sold separately @ $100.00 per round, absolutely no refunds! Minimum order 10,000 rounds!

Hi, friend! So where did you live again? Um, just asking for a buddy, yeah, that’s it, a buddy. And what time did you say you were going out tonight? I wan…er… my um, buddy, yeah, my buddy wanted to know so he could, um, make sure you weren…er…were home, yeah, were home when he um, stopped by to grab…um, ah…compliment, yeah compliment you on your um…good taste in ah, ammo boxes, yeah, good taste in ammo boxes!

Actually, lucky for me I have quite a few magazines now full of shiny hollow points. So shiny…so shiny…

(breaks out rag and casing polish, sets to work on buffing up the casings again…for like the 5th time so far today).
And for when the bad guys are all in a row, I have quite a few boxes of round nose as well. and some nice doses of lead poisoning for my 20guage boomstick, too. Not as much as I would like, but delivery is next Friday at the gun shop. Hopefully, I will survive that long.

That’s great! I love it.
I’ll be home 24/7/365 in a very fine conditioned one.
At least I’m not the only one that polishes every single round, I think brass shines up way better than gold these days (also removes fingerprints) and yet my accountant won’t trade up to brass, go figure!
Stop in anytime, looks like we live close by!

All of my guns and ammo were lost in a horrific boating accident.

I’m about to bury mine John Wick style, cemented underground!

@Scott52 Doggonit I told you no cameras in my shed! Now I wil have to re-name it “Maneuvering” to get you to follow instructions

@Scott52
“Anti 2A voters, proof of citizenship, last four digits of your SS#, mothers maiden name, pets favorite movie, drivers license number, FaceBook account information and any other information you can provide that shows you need or have the right to bear arms! All rounds sold separately @ $100.00 per round, absolutely no refunds! Minimum order 10,000 rounds!”

Better be careful. If Uncle Joe gets elected, he may take you up on that and buy all your ammo. Of course, he’ll make you an offer you can’t refuse at $0.01 per round.

Sorry, I prefer rule of law to Trump’s* blatant, criminal lawlessness.
That being said, now that you’ve dragged a criminal and politics into this thread, I’m done. I’m out. Thanks for nothing, but damn. how can you say you uphold the law when you support someone who is breaking the law constantly?
Here, watch this…if you dare: https://www.youtube.com/watch?v=d22Y7p3tER0&ab_channel=LegalEagle

Easier than retrieving from the ocean floor 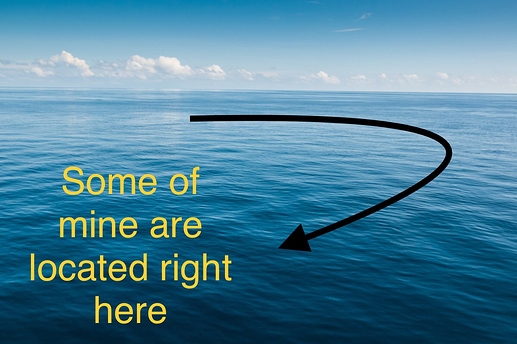 Fredo is not authorized to make offers, and we all know what happens to Fredo!

Currently not concerned with ammo, but will be looking, and keep my eyes open for any deals…

But, ammo is not the only thing.

And they are still out of Lysol.

It was toilet paper, paper towels, then we saw canned goods decreasing.

Having been in Sub-Saharan Africa, and North Africa, and Central America and even Pakistan… I saw grocery stores there that look like what we see here now.
I remember when Yeltsin was amazed at a US grocery store… so full of goods.

Our supply system and production are not up to what they were and that is sad considering newer technology… And far too much dependence on foreign nations (Chicoms)… ingredients, materials, we buy far too much from outside of the US.
And, under the Obama administration, the LAST lead smelter in the US was shut down… so where does our lead come from now?

The ammo shortage will most likely NOT let up in the near future.

Can you please explain what law Trump has violated?

and think that suffices.

Considering the lawlessness of the Democrats in Portland, Seattle, and other cities that scream defund the police and allow rioters and terrorists, and release those rioters yet prosecute those who actually abide by the law.

Your video was such a load of BS, within the first minute it was already discredited.

Declares Trump a criminal, and says it is KNOWN because of all the evidence… yet after the IRS audits, the Mueller Investigation, the FBI investigations and the fake FISA investigations where the RULE OF LAW was DESTROYED by Biden, Obama, and the Democrats, along with Comey, Brennan, and Clapper… and Clinton… NO evidence against Trump has been discovered.

Sorry, but you have discredited yourself also.

You do not like Trump, that is fine. You prefer a Communist government and support Biden and his lawlessness, fine.

But when you ignore the lawlessness of the left, and try to invent some claim without any evidence, you are not up to the highest standards…

No need to reply UNLESS you are prepared to state the laws that you claim Trump violated, and state the evidence and the statutes.

Let’s kill off the political part of this thread. It is off-topic from the initial post.
Thanks!

Not a problem (as I doubt I would get an answer anyway).

It just becomes frustrating when people throw out wide sweeping accusations without any support.