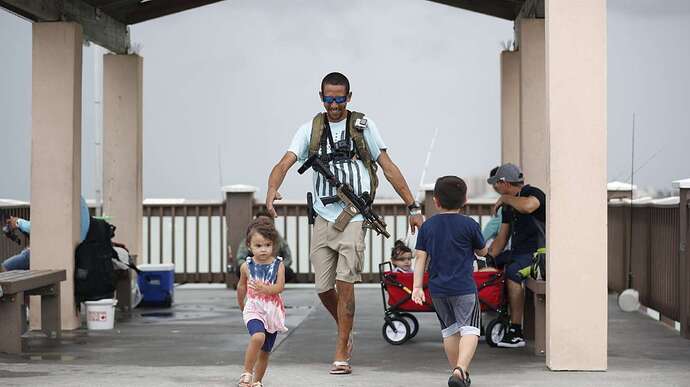 Permitless carry laws in states including Kentucky, Idaho and Texas are creating a dilemma for police officers working the streets: They now have to decide, sometimes in seconds, if someone with the right to carry a gun is a danger.

Having read the editorial, I will agree that there is a dilemma. The dilemma is “cognitive dissonance.” Laws are legislated, yet jurists are surprised when citizens act in accordance with those laws.

But what I shake my head at is this statement: “Opponents say it makes it more dangerous for ordinary people, and for police officers.”

This word, “ordinary” strikes me. So, a person who carries is not ordinary? Doesn’t everyone in the area have the same right? Just because one chose to exercise a right and another does not, doesn’t make the one who did any different than the one who did not! These privately claimed class statuses really igg me. Otherwise, it’s the same ole, same ole. We’ll see what happens after Nov. 2.

In the states where people have to first ask permission to exercise their right to carry a firearm, how can one (ordinary people or police) tell by looking whether someone who is carrying a firearm has a permit or not?

A CCW permit is simply a revenue generator for many of the government agencies that issue them. That’s the real reason police oppose Constitutional carry laws.

Well i do try to alleviate the LEO concerns when i am stopped by interlocking my hands behind my head,and also when asking for info I say what movements I will make and wait for him/her to say ok,have had several over the years have thanked me for telling them every move.I do realize the stress they have when walking up to a stop