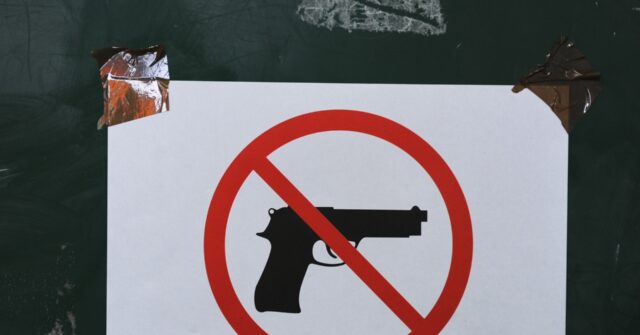 The look I get when some lefty says, “Most Americans want gun control”

100 people whose right to assemble is protected by our right to keep and bear arms. Their ignorance is astounding.

On something I was adamantly against (Gun Control), when Parkland happened, my then high school aged daughter and her schoolmates wanted to have a 1 minute moment of silence for each victim plus 2 minutes for 2 victims here. The school wouldn’t allow it. So I got permission to use a city park and we got over 300 armed parents to surround the park so our children could practice their 1st amendment by using the 2nd amendment to keep them safe.

I don’t have to like someone else’s SJW position but I will put myself in harm’s way to allow them to peacefully assemble and seek redress from their elected officials.Or to peacefully protest.

That’s what it means to defend the Constitution.

Betcha the 100 would rus to the weapons owners for protection,and would you protect them,I know i wouldn’t`, text i beleive in NO REMORSE at all

I support your opinion. Heck I don’t respect many things. But I ABSOLUTELY support any citizens right to peacefully exercise their Constitutionally protected rights.

True,but I would NOT go to their DEFENSE!

As a sheepdog it is my responsibility to protect the sheep.

True,but I would NOT go to their DEFENSE!

That’s where you and I disagree. But it’s important to remember the caveat of practicing their Constitutionally protected rights peaceably.

I (me) do not believe I get to pick and choose what parts of the Constitution I am willing to protect.

I think of protecting my or anyone’s constitutional right as a challenge and I like a challenge. Protecting someone’s innocent life is a responsibility and worth risking my own life to an certain extent. But that is me not that I am trying to derail the OP’s original post. Sorry I have to realize when I get triggered.

Traitors to the country are NOT worth saving! We allowed this to go on for too long! They , if they get the chance, they are going to relieve you of your fuel, food and firearms! Possibly your children and your way of life! They don’t deserve the right to take away any God given rights, and they have no right to push an agenda down my throat! They only have the right to an opinion, no more, no less! All we can hope for is that my vote counted! Honestly I don’t think it does! Only their votes count!
That’s not the way of the world! But hey, I’m just a cog in the wheel.

We need to not be the “silent” majority anymore. No matter how distasteful, it’s time to educate up and go to the mat and say what’s right and why. The growing evidence of what the alternative will be is far worse than I’d imagined. The little education I’ve gotten in the past few weeks as to how bad it’s all become, has been a rough awakening.

I still don’t know what the problem is, my gun is under control. Anybody on this board got a gun that’s out of control? Don’t you just loathe when people pick at stuff that don’t need to be picked with trying to scare up justification for picking with it? How about picking with the people that are out of control that misuse guns to prove it?

Just checked my firearms this morning. They all still have all the rounds I loaded into them. Even the ones with “one in the chamber” haven’t fired themselves.

I checked all my pens too, none of them have written a single word without being in my hand!

The logic of banning the AR-15 is like banning the word processor because it makes it too easy for bad people to write bad things.

Just checked my firearms this morning. They all still have all the rounds I loaded into them. Even the ones with “one in the chamber” haven’t fired themselves.

I stay up late watching my safe to make sure none of my firearms escape. Many thousands of days later and not a one has gotten out or even moved unless I moved it. I must have some defective firearms. 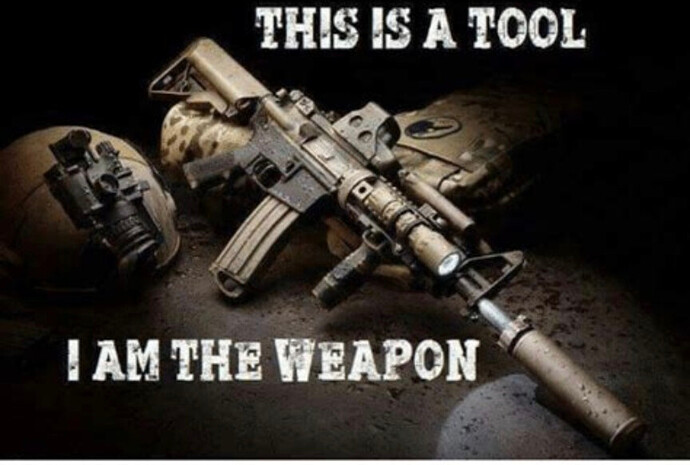 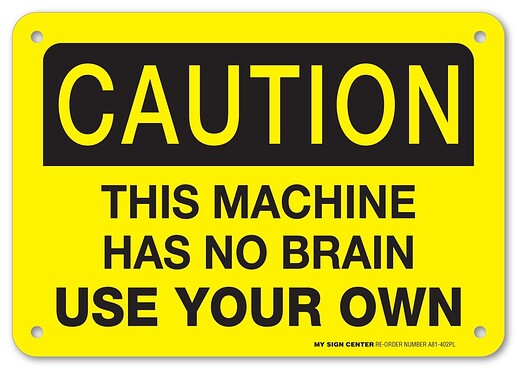 I stay up late watching my safe to make sure none of my firearms escape.

LOL @Zavier_D. I’m going to get 8 hours sleep worrying about how safe my guns are. lol.