A View From the Eyes of Citizens of New York 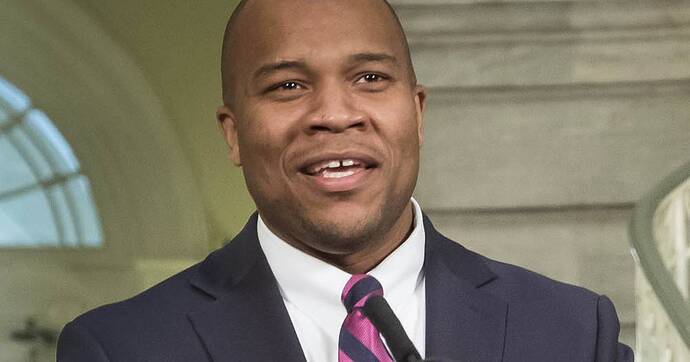 Pistol-packing Chief Technology Officer Matt Fraser’s side arm also appears to contradict rhetoric from his boss, Mayor Eric Adams, who has bemoaned the proliferation of firearms and has expressed deep concern about a recent U.S. Supreme Court...

“It sends a terrible message,” said a source who said they witnessed Fraser carrying a pistol while on the job. “It freaks people out when they see he has a gun.”

“Employees shall not possess a firearm or any other dangerous weapon while on or off-duty on or in Department premises, property, vehicle, or equipment,” that document states."

“When it gets in full stride — a year from now, you know, a year and a half from now, and you start to see a substantial uptick in guns and people carrying guns — it’s going to be hard,” Adams said at the time, predicting the impact the decision would have moving forward. “Knowing that you can be in Times Square, and, you know, hundreds, thousands of people can carry a weapon, then how do you police that?”

The Babylon Bee couldn’t have written it better than that.

Sounds like the Tech Chief is a man that cares about his safety. As I reread the editorial, I am reminded of the term we seem to forget: Parabellum. It’s okay to be hopeful, but we’d better have a firm grasp of the reality on the ground. We do not live in a Utopian society. Again, a big thumbs up to the Tech Chief.

@David237
When you’re asked to support idiotic policies, you get fearful of the results and common sense kicks in.

If thousands of people are in Times Square are armed and 90% of them are responsible citizens, the other 10% think long and hard about their actions, because there are no more SOFT targets!

If thousands of people are in Times Square are armed and 90% of them are responsible citizens, the other 10% think long and hard about their actions, because there are no more SOFT targets!

The other 10% think long and hard about the myth that it takes a good guy with a gun to stop a bad guy with a gun. Even the myth can save lives. Just another way of saying it.

@Robert1246
Good point! We’re both assuming they can think at all though!

That is why I carry 24/7 will not go any where un protected,what do you think concealed means,and the way I carry I do not print at all even twisting or bent over,the only place i will not go is if there a metal detector or they wand you,I always refuse the metal detector and choose the wand since I have a pace maker with De-fibulabular i only do that if I have to go in and they have lock boxes in the lobby

OMG, he violated the code of conduct!

No, actually, what is his problem with concealing, so vile MSM wouldnt have a field day with him.

So, you’re feel’n dangerous? lol Carry always, carry safely, and stay legal with your carry. You knew that was coming, didn’t you? lol

It’s sad and funny that with all of NYC’s major problems, the thing they’re most concerned about is a tech executive (who happens to be a black man) who is able to defend his own life.

I’m also curious about that city policy that denies employees the ability to carry a firearm off-duty. I suspect a normal court would have a problem with that, but this is NYC, I guess.