A pattern of disarming people 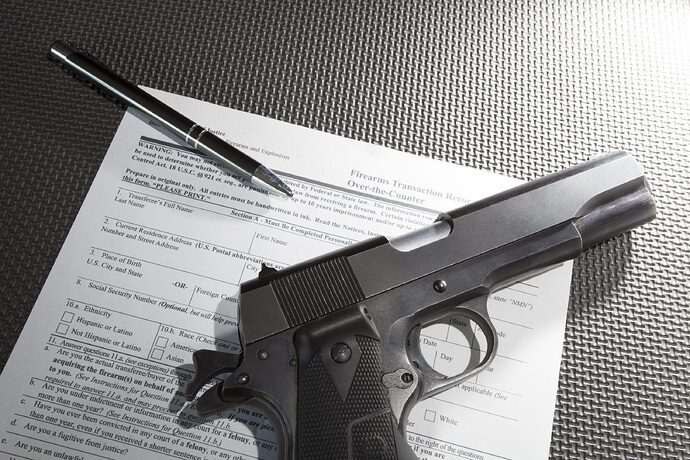 Third Circuit to Decide if Nonviolent Criminals Should Lose Their Gun Rights...

◀Previous Post Next Post▶ Back in 1995, Bryan Range pleaded guilty to fraudulently obtaining $2,458 in food stamps by misrepresenting his income. He returned the money, paid a $100 fine and $288 in court costs, and served three years of probation....

Watch, tomorrow, if you J-walked, they will take away your rights.
What? Y’all didn’t see it coming? Beto warned us, they all warned us, we just made memes about it, now they are coming! This nation is finished!

Watch, tomorrow, if you J-walked, they will take away your rights.

Pretty sure they’ll just monitor our social media feeds. Wait until they see the memes we share, here.

Likewise, it’s not just conviction for minor crimes that can result in gun confiscation. If you have a medical marijuana card lawfully issued under your state’s laws, you cannot possess a firearm. Doing so is a felony. Go directly to jail, do not pass Go.

True. But, to be fair (not fair, but more info?) if you have a medical marijuana card issued under your state’s laws, and you use it, you are a felon in the eyes of the federal government whether you possess a firearm or not. It’s just straight federally illegal to begin with

But note that if you are charged with a drug crime and are in possession of a firearm, there are steep mandatory minimum prison sentences. While dated, the report below by the US Sentencing Commission should scare gun owners who also legally use marijuana under their state laws. The average sentence for those convicted a drug crime while in possession of a firearm was 12 years according to the report.