A Good Example that YOU are YOUR Own First Responder

Anyone who does not understand this enters the world at their own risk.

I did the math and I don’t like my chances.
Granted, we have an awesome PD doing a great job.
Still, they’re outnumbered.

I’ll have to look this up. What is the number of LEO in my county, number on duty at any specific time vs total population. I don’t expect a quick response since I live kinda out in the country and know i am my first and only person protecting me and mine. Also since I am out a ways, how much more delay time should be added?

Also since I am out a ways, how much more delay time should be added

Don’t delay at all. Call for an attorney as soon as you end the 911 call.

And then again maybe they aren’t as foolish as they seem. Attacks out in the country don’t seem as frequent. Maybe they got the memo? 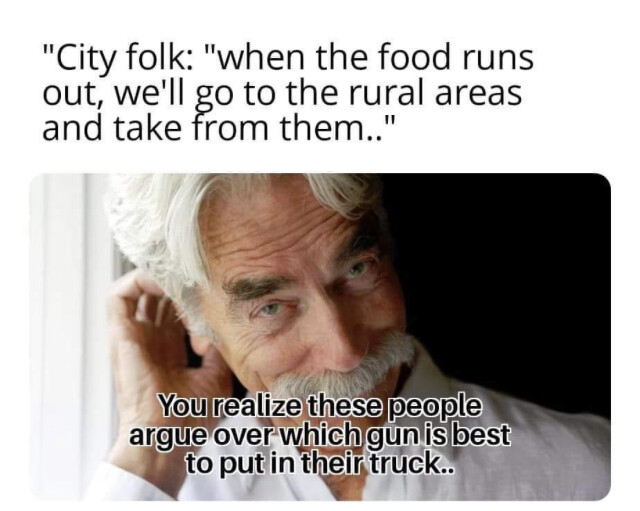 Also since I am out a ways, how much more delay time should be added?

I also live “out a ways”, making my LE first responder the Sheriff’s Dept. or maybe the State Police. I live near the eastern edge of the county and know from experience that driving from here to the western edge takes 25-30 minutes minimum. At emergency speeds that could be cut to maybe 15 minutes at best.

If there’s shooting going on, 8 minutes is a long time.