2A: The Left’s Real Gun Agenda

I don’t do social media, can you post what you are commenting on?

It’s an NRA post, CT Senator Chris Murphy: “When you support a reasonable expansion of something like background checks, then you can move on to other interventions.”

This showed up on my news feed from MSN today it’s an opinion piece published in USA Today. I think it says a great deal about the true agenda when it comes to gun control. 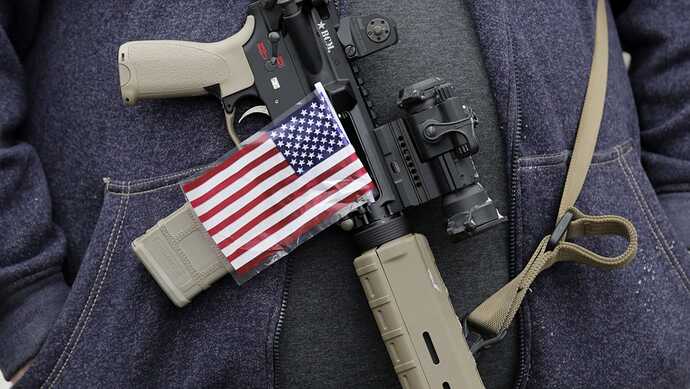 In addition to our gun incompetence, we have perverted the original objective and scope of the Second Amendment.

Good point @Nathan57 I did read it and it was scary to say the least. To summarize it instead of a push for gun control the author suggests that what should be done is a repeal of the 2nd Amendment. After that he says ALL guns should be banned. He blames the shootings in places like New York and Chicago on guns coming from other states, so of course if they are banned nationally criminals won’t have guns. Afterall, our borders are secured and nothing illegal could make its way into the US. I personally find a scenario where this country repeals the 2nd Amendment highly unlikely but even having the idea brought up, and perhaps planned for, I find scary as hell. I suppose it goes without saying that something like this would most likely touch off a split in this country. I know I for one would not give up my guns nor would I expect many, too.

He blames the shootings in places like New York and Chicago on guns coming from other states, so of course if they are banned nationally criminals won’t have guns.

The main problem with this “logic” is that if it was access to guns that was causing all this crime we should be seeing a lot more crime in the states where it is a lot easier to get guns. But there is often less violent crimes in these easy access states.

As I alluded to in another thread, I actually prefer hearing the talk of trying to repeal the second amendment. It means these people are finally admitting that the 2A gives us the right to defend ourselves and our families. They usually just pretend it doesn’t exist and pass unconstitutional laws that violate our rights and take years and decades to get heard and judged as unconstitutional.

If people truly believe we must all be at the mercy of criminals and tyrants than they need to work on getting rid of the 2A first before they can make their dystopian dreams a reality.